Whenever someone riffs on Best Coast for being too basic or simple, I can’t help but feel confused. This is a group whose breakout song alternated between a pair of two-chord riffs, and literally rhymed “crazy” with “lazy”; criticizing them for being simple begs the question “what do you want from this fucking band?”

Best Coast’s strength six years into their career isn’t making complex music with tastemaker appeal, but catchy, shimmering, guitar pop songs with surprising durability. A BC album should aspire to be a new take on the band’s sound while containing at least a handful of tracks that’ll still sound fresh a calendar year from now, and California Nights more than hits that mark. The fitness themed video for “Feeling Okay” also describes the album: BC hit the gym this time around. The songs have more heft, partially due to the cleaner production, but also by design. The band’s drums have always had punch, but they’ve never done guitar riffs like the driving “Heaven Sent” (which also cheats in a gloriously air-guitar friendly solo), or extended outro on perfectly mopey “Fine Without You”. The extra punch, plus Bethany Cosentino’s constantly improving vocals, keep standard power pop fare like “In My Eyes” and “So Unaware” from being rank and file. Some of the atmosphere from mini-album Fade Away sticks around on “Jealousy” and “Sleep Won’t Ever Come”, while the title track and closer “Wasting Time” try for grander, more experimental sounds.

Best Coast haven’t made a magnum opus yet, and, mostly on account of a languid second half, California Nights isn’t going to change that. Power pop’s a hard genre to keep fresh, but its thrills can be unending if done right. And as long as Bethany and Bobb can keep firing off catchy, crunchy guitar pop with an emo undercurrent, they’ll be more than an imitation or a cheap trick. 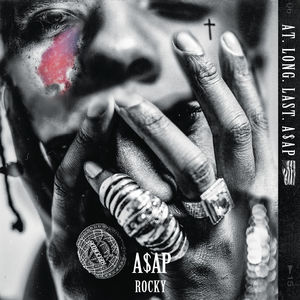 To be clear, we’re not looking at a B.o.B or Kid Cudi situation with A$AP. He wants to be more interesting than that. A.L.L.A leans away from radio singles in favor of dark, psychedelic sounds; forget “cloud” rap, this is rap gone down the rabbit hole. And, like I imagine most drug trips, it gets its “whoa” out of the way early: with the exception of just okay opener “Holy Ghost” (produced by Danger Mouse) and sorta interlude “JD”, the first eight or nine songs here are straight fire emoji. “Canal St.” balances a moody atmosphere with a solid performance by Rocky, who also carries the cheeky “Excuse Me” all by himself. Meanwhile, he swaps rapping for singing on the spaced out psych-ballad “L$D” (fuck subtly), while absolutely lighting up banger “Lord Pretty Flacko Jodye 2”. A.L.L.A proves Rocky can hold on his own, which was the biggest criticism of debut Long.Live.A$AP.

That’s not to say he has to play alone, though. M.I.A struts all over standout “Fine Whine”, which also has a solid Future feature, while Miguel shows up to cover a solid Rod Stewart sample on the only kind of obvious single here (buried at the end of the album) “Everyday”. Kanye’s feature on “Jukebox Joints” is better as production than a verse, but Lil Wayne turns in delightfully loony bars on “M’$”. Longtime collaborator ScHoolboy Q and Rocky both turn in killer performances on the seductive, should-be-a-single “Electric Body”. British singer Joe Fox is all over hooks on the album and always does a solid enough job, even if him on Danger Mouse’s spaghetti-western schtick for “Holy Ghost” sounds like a Demon Days outtake.

Like someone taking the substances it’s inspired by, the significant downside to A.L.L.A (aside a handful of spectacular lyrical misfires) is a lack of cohesion and a tendency to get lost in its own haze. Eighteen tracks is high for most albums, and that goes extra for when the pace doesn’t go faster than a strung-out lurch. And, while most of the album sounds good while it’s on, most of these songs don’t lend themselves to high replay value; I like “Dreams” and “Better Things”, but can’t see myself reaching for them in a few months. Rocky’s at least got a good grip of his identity (again, this isn’t Cudi or B.o.B), and although AT.LONG.LAST.A$AP feels more like a transition than a destination, that’s not to say it’s not a fun trip.

Tame Impala – Currents
Kevin Parker wants you to like his band.

No shit, this is true for most artists, but Currents‘ strain for likability is palpable. You can see it in the gentle coaxing of song titles like “Let It Happen” and “Yes, I’m Changing”. You can hear it in every song’s determination to have a hook. You can feel it in Parker’s delay-inducing perfectionism. Listening to the album is like reading an essay by that kid in class whose self-conscious of how smart they are; the exertion of the creator’s brilliance is coded into every line.

For Parker, all that belabored finesse has gone into retooling Tame Impala’s psyched out rock into something tighter, synthier, and dancier. From the brisk, shuffling pace of “The Moment” to the looser, lounge groove of “Yes, I’m Changing”, the album’s defined by spacey synths and atmospheric electronics grounded by the band’s super-crisp drums and some immaculately produced basslines (and finger snaps in every song–finding the snaps is like finding the Wilhelm Scream in a sci-fi movie). The mixing on Currents is great throughout; it’s easy to hear every moving piece and flourish in place and enjoy Parker’s arrangements. When everything clicks–such as the vocal delay on the chorus to “The Moment”, extra gorgeous arranging on “Yes, I’m Chanigng”, the wailing synth covering the last two minutes of “Eventually”, or the entirety of the sad-eyed, spaced-out funk Song of the Year nominee “The Less I Know The Better”, it’s stunning.

These thrills are scarce to come by, though. For an album this eager to please and as dance-oriented as Currents is, large parts of it leave me cold. The production is stellar, but leaves these songs no room to hide how frequently the same tones are used, and a near constant mid-tempo lets everything blend together. I can’t immediately say what differentiates “Reality in Motion” from, like, “Past Life” outside the latter’s gimmicky pitched down monologue, but neither song makes me care to tell the differences, either. Parker’s vocals get tedious as well; his mournful, Lennon-esque falsetto worked for psychedelic rock songs, but utterly lacks the rhythm or bounce he wants these songs to have (“The Less I Know The Better” in particular would be even better with a more grounded or lively vocalist).

For how much Currents boasts how different and changed it is, it follows a worn trope: guy ditches guitars for synths and wants to prove he’s got moves. But having moves means you risk falling, and Currents is too conscientious to even allow the idea of a stumble. The record’s all about just the right influences and impeccable choices; it might be the year’s least adventurous and most curated album. As a result, it’s all very good, but very predictable. That’s the problem with reading the smart kid’s perfect essay: it ends up being perfectly dispassionate. And you can’t follow that approach with moves or the music that inspires them. Sometimes, even if it’s a wrong move, you have to let it happen.