Double Album Review: Justin Bieber – Purpose & One Direction – Made in the A.M. 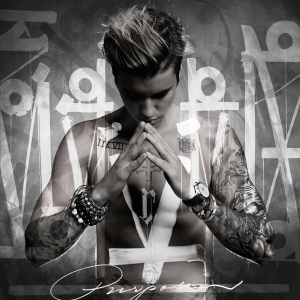 Let’s talk about narrative for a moment.

Narrative in mass culture is essentially hype on a continuum. It connects and contextualizes a cultural figure’s actions to give them heft, and is made from a combination of historical record, information directly from the source, fan speculation, and prattling from pop culture nerds like myself. It’s an ongoing saga, and an easy to way to answer “but what does it mean?” Narrative, for example, is saying Beyonce wasn’t a gimmick, but a show of force. It’s what says Adele is the queen of interpreting human sadness instead of someone who has made two very nice albums. It’s what gives Drake his power. It’s an energy field created by all tweeting things. It surrounds us and penetrates us; it binds the galaxy together.

I bring this up because Justin Bieber is currently a walking ball of narrative and self-mythology. Narratives are usually given a spark by the artist before everyone else runs with them, but no one is pushing “Justin the Redeiber” harder than his base camp, almost to the point that whatever Purpose sounds like is secondary to the record as Bieber’s act of contrition. The goal of this album cycle is to walk back the Actual Shitty Person reputation he’s earned in the last few years, and if they sell a few singles, too, then so be it.

To understand the Narrative, let’s look at “Where Are U Now?”, the Bieber assisted Diplo/Skrillex collaboration that kicked the Biebenaissance off earlier this year. “Where Are U Now?” is included on Purpose, partly because it was a hit/soft launch for the album, and partly because its sad-bro, tropical, post-dubstep EDM pop sound is the album’s template (singles “What Do You Mean?” and “Sorry” are almost direct rewrites, while “I’ll Show You” uses the same tricks as a ballad). It is, along with the album’s singles so far, a pretty catchy and quality song, but it derives most of its flavor from the production, with Bieber more or less contributing decent if not essential vocals. In fact, the best part of “Where Are U Now?” is the post-chorus breakdown, where he’s only present in the form of a processed beyond recognition wordless vocal. But the singles have yielded the same reaction: “Justin Bieber has new songs out, and they’re really good!” And, with good singles, Purpose is angled for a great reception, confirming that “Bieber is back!”

Here’s where the narrative loses track of reality.

Bieber’s gotten a lot of shit during his career, but–one overplayed “Baby” aside–his music has never been that bad. Believe wasn’t a slept-on masterpiece, but you could do a lot worse in the annals of 2010s pop than “As Long As You Love Me” or “Beauty and a Beat”. The Purpose singles are universally better, but by a narrower margin than what’s been stated elsewhere. I think it comes down to presentation: 2012’s Believe didn’t cleave entirely from Bieber’s teen pop aesthetic, while Purpose tries to age him as far up as possible with decidedly mixed results. “Hey girl” jams like “Company” and 90s R&B biting “No Pressure” attempt to sound mature, but come out as stifled. They make sense for the narrative, though; see? Justin is ready for you when you’re ready because he’s such a gentleman (see also: “What Do You Mean?”), song quality be damned.

Which makes the inclusion of “Love Yourself”, the second bitchiest “It’s-not-about-someone-real-except-it-probably-is” song Ed Sheeran‘s ever written, even more confusing. Maybe in the hands of someone with a sense of levity, “My mama don’t like you/And she likes everyone” could be funny, but Bieber delivers the line with all the seriousness of a sermon. And then, there are the actual sermons, like (snerk) “Life Is Worth Living”, “Purpose”, and “Children”, a song that has the gall to wonder out loud “What about the children?” But these songs aren’t here to be listened to, they’re here to tell us how sorry Justin is.

Really, if there’s one song and one sentiment to take from Purpose, it’s “Sorry”. It’s got the hallmarks of the album’s sound, but filtered through a slightly more dancehall sound, and the melody to it is quite nice (even the lyrics delve into ick). Otherwise, Purpose is more functional as a hard rest on Bieber’s career than an album. The singles are good, and you could argue that Halsey duet “The Feeling” is a nice production exercise, but don’t believe the hype. “Justin’s back” is reserved for whatever his next album sounds like.

If One Direction ever made an album concerned with narrative, this would be it: Made in the A.M. is their fifth album in as many years, their first without fifth man Zayn Malik, their last album before a hiatus while they try solo careers, and they planned it for the same release date as Purpose. But does that translate to the album? “No!”, I can hear Harry Styles shout defiantly, “We’re not in the narrative business; we’re in the records business!” I can hear one of the three not-Harrys and not-Zayns adding.

Malik himself just did a Fader interview where he straight up admits that One Direction was designed to be “generic as fuck”, and whatever the band put out was handed down through management without room for that pesky artistic interpretation or some shit. Listening to Made in the A.M., this seems 1. totally believable, 2. something the remaining members are aware of, and 3. not that big a problem. Well, okay, it might be a problem for Harry and the other guys, but as a listener, it is disturbingly easy to if not enjoy, at least appreciate this album.

Made in the A.M. is the musical equivalent of those knockoff sandwich cookies you can buy sixty of for like, four bucks: you can turn your nose up at it, you can know it’s a fleeting, flimsy product, but you can’t quite dismiss it outright. Each song’s designed to be a cheaply enjoyable listen for its three to four minute run time while leaving a dimly positive reaction; the efficiency is nearly artistic in and of itself. And because the whole project has a flavor (loosely arena rock-y) and is bereft of the cynicism found in say, Maroon 5’s last few albums, it’s surprisingly hard to hate.

The album needs to skate by on that goodwill, because even a glance at Made in the A.M.‘s ingredients reveals wholesale lifts from other artists. Why yes, that is “Bittersweet Symphony”‘s drums on opener “Hey Angel”, thank you for noticing! Boy, sure was nice of the guys to reheat soggy Coldplay balladry for “Infinity”, wasn’t it? Look, there’s Sgt Peppers‘ worship on the jaunty “Olivia”, and don’t forget to wave at It Won’t Be Soon For Long era Maroon 5 when they show up on “Drag Me Down.” Oh, speaking of Beatles worship, did you see “Long Way Down”, an Oasis mid-tempo strummer, complete with Gallagheran lyrics like “We had a spaceship, but we couldn’t land it”? Or, best of all, “Perfect”, a Styles led response to Taylor Swift’s “Style” that straight up jacks the melody and beat on “Style”‘s chorus, and includes “If you’re looking for someone to write you breakup songs about/Baby, I’m perfect.” “Perfect”, like most of Made in the A.M., isn’t an especially great or memorable, but I almost gave it a point or two for the audacity alone.

That said, an album of cheap thrills can only get you so far, and Made in the A.M. doesn’t do enough to justify itself over most other pop albums. The guys sound fine, but faceless, and shiny but generic only works for six or seven songs, not thirteen; you might like storebrand cookies, but not enough to eat the whole package at once. The album’s in an odd place, better and more fun than I thought it’d be, but nothing I’ll go back to in a few months.

So, Purpose or Made in the A.M? Honestly, it’s practically a tie that comes down to preference: Purpose has a stronger identity, and more powerful singles, while Made in the A.M. is more rewarding as a whole, despite fewer aspirations. Gun to my head, I’d go with One Direction overall, but “Sorry” is the best thing on either album. If you’re a fan of either of these acts, go ahead and check’em out, but really, these are both set up albums for whatever comes next. The narrative continues.

I enjoy music and music culture; I hope you do, too.
View all posts by bgibs122 →
This entry was posted in Album Reviews and tagged album, justin bieber, Made in the A.M., music, narrative, One Direction, Perfect, pop, Purpose, review, Sorry, What Do You Mean?, Where Are U Now. Bookmark the permalink.