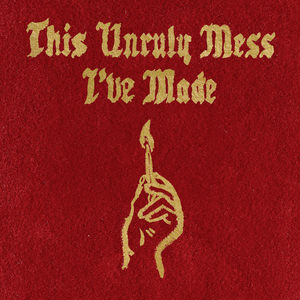 You almost want to feel bad for Macklemore All dude wanted to do was pop some tags, make sure his gay uncle could get married, and sell a few records DIY style. But, once 2012’s The Heist caught on, he found himself besieged on nearly all sides by conversations about appropriation, race, and privilege that only intensified after his Grammy wins over Kendrick Lamar and his earnest-but-tone-deaf response afterward. The guy went from a likable cult rapper to mainstream insurgent to a punchline all in the same album cycle. He’s spent the last few years internalizing these criticisms, nowhere more obviously than on “White Privilege II”, but still gets solidly hated on. Yet, for how much has been written about Macklemore’s place in our culture, and what that tells us about how we deal with racism, privilege, appropriate, gay rights, and authenticity, I feel like something important’s been lost in the mix about the man himself.

Namely, that Macklemore just isn’t that good an artist.

Now, let me be clear: this is not the same thing as being outright bad. Macklemore’s got a good eye for an idea and approach, a pliable flow, and near superhuman levels of humility. He is, above all else, a solidly competent rapper whose never rapped a word he didn’t believe. Where he faceplants spectacularly is in execution on every level: from one bad line to botched delivery to a tonally confused album, the Mack has a borderline pathological inability to hold it together during long stretches.

For example, This Unruly Mess I’ve Made starts with impotent Grammy/awards show/celebrity culture takedown “Light Tunnels”, and ends with the similarly self-serious “White Privilege II.” You’d think these would bookend a deep album, but the songs proceeding “Light Tunnels” are a silly ditty about mopeds (“Downtown”), a joke track (“Brad Pitt’s Cousin”), and a throwback to Mack’s days as a teenage graffiti artist (“Buckshot”). Point of fairness, the album pivots back to some serious tracks about addiction and overmedication in America after that, but even then, you’ve got chump YouTube video bullshit like “Dance Off” sprinkled in to throw off the tone. Macklemore’s at his best when he balances the goofy/serious impulses into something human.

This is why songs like “Downtown”, “Buckshot”, and “Kevin” work well enough. True, two of them are thematically similar to Mack’s biggest hits–“Downtown”, a campy, joyful mess celebrating frugality, is the album’s “Thrift Shop” while the soulful, political-through-personal-narrative “Kevin” is its “Same Love”–but those tracks sound great because Macklemore sounds at ease, plus the assists from Leon Bridges, Melle Mel, Kool Moe Dee, Grandmaster Caz, and Foxy Shazam singer Eric Nally certainly help. “Kevin” in particular could come off as mawkish (“Till he’s walking ’round the city looking like a mannequin” is some entry-level writing), but it’s passionate enough and produced well enough that it transcends After School Special status. “Buckshot”, a boom-bap throwback featuring a killer KRS-One verse, is the most outright fun Mack’s ever sounded as he plays with different flows and raps with his chest puffed all the way out. These songs feel like Macklemore songs, not “Macklemore trying to be x” songs.

When you can hear Macklemore trying to be something–Important, Funny, Introspective, whatever–that’s when things fall apart. More often than not, the writing is the problem; Mack’s pen can’t match his ambitions. When he wants to be sentimental on New Dad track “Growing Up” or lay into Hollywood on “Light Tunnels”, he doesn’t offer any new or clever insights and ends up sounding trite (new dads are worried about messing up, paragon of sincerity Macklemore finds Hollywood kind of bullshit; who knew?). When he leans all the way in on humor for “Brad Pitt’s Cousin” or “Let’s Eat”, it’s corny in the worst way possible. Other times, delivery is the problem: “St. Ides” and “The Train” are just fine, but Macklemore’s so quiet on these tracks I have to think he had to take his newborn with him to the recording booth.

Another recurring problem is Mack tends to bleed into and get dunked on by his guest verses. He sounds pretty good on “Buckshot”, but KRS-One effortlessly grabs the spotlight. Chance “Second steal this month” the Rapper shows up for highlight “Need To Know”, and Macklemore’s fairly weak verse (“I only think about my come-up, capitalism!”) imitates Chance’s manic style without nearly as much substance. You get the feeling this was a collaborative track since both guys trade off on the hook, but the result is a Chance song with a Macklemore feature. But that’s still more generous than what happens on “Bolo Tie”: Mack spends most of the track almost convincingly angry–especially on that “Motherfucker you ain’t my accountant” line–but then YG shows up on the last verse/hook and just bodies him in terms of venom. Again, it’s not that Macklemore’s bad, but he tried to buffet credibility with artists who underscore his weaknesses.

It’s essential to remember this is a Macklemore and Ryan Lewis project. Lewis isn’t a cutting edge innovator, but he’s rock solid at instrument-based beats and lush productions that are surprisingly intricate. He’s got a consistency his MC would die to have: that stomping, triumphant production is at least half of why “Downtown” succeeds, and his tuneful, warm beats save the lesser tracks here from total mediocrity. It’d be great to see him work with a more capable performer–maybe he’ll show up on Leon Bridges’ or Chance’s next project.

This Unruly Mess I’ve Made saves its most unruly mess for the end: “White Privilege II.” There was talk at the song’s release that maybe it would make more sense within the context of the album, but it really doesn’t. After an uneven and milquetoast but genial record, this loosely structured, socially conscious freakout somehow comes off more left-field than it did as a standalone. It ends the album on a serious, but musically shaky note.

Like its creator, This Unruly Mess I’ve Made ends in disappointment: neither terrible nor deserving of hate, but flounders under its own expectations. I mentioned that it has its own “Thrift Shop” and “Same Love.” Tellingly, it’s missing a “Can’t Hold Us”: a chance to throw its worries to the wind and just run free. I respect Macklemore’s dedication to chasing his own vision, and maybe a project this conflicted and insecure was something he needed to get out of his system (if nothing else, I promise it’ll lower his media profile). But that doesn’t make it engaging. The title gets it right for two out of three: Macklemore made it, and the album is indeed a mess. But unruly, it ain’t.

I enjoy music and music culture; I hope you do, too.
View all posts by bgibs122 →
This entry was posted in Album Reviews and tagged album, hip-hop, Macklemore, Macklemore & Ryan Lewis, rap, review, Ryan Lewis, This Unruly Mess I've Made. Bookmark the permalink.