Radio Rant: Taylor Swift – “Look What You Made Me Do”

Hello, and welcome to Radio Rants. She’s back. 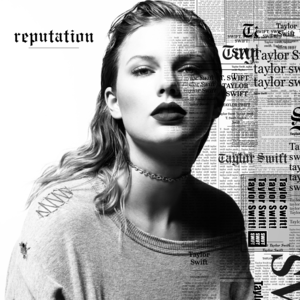 To summarize: Taylor Alison Swift was a pop country crossover star before assuming pop music’s center, first covertly with 2012’s Red, then declaratively with 1989 in 2014. Swift is the center of pop music because, not only is she our biggest pop star, but she’s also the one most interested in holding (and keeping) the title; Beyonce and Adele are too aloof, Drake and Rihanna are too bored, and Ed Sheeran/Bruno Mars/Ariana Grande/etc. are too far behind; Swift is more than game to muck around on social media to get fans hyped or tease a video on Good Morning America. You could see this on display in her image rehab/recovery after taking an L against Kim Kardashian over Kanye’s (rightly) infamous “Famous” lyric, which Swift very understandably publicly spoke out against, but only after privately giving Kanye a go-ahead and saying she’d brush it off. The event was big enough to kick the incipient Taylor Swift backlash into full on progress, since it confirmed what people had–at first unfairly and over time less-so–long suspected of Taylor Swift being: a craven manipulator who only played at being America’s Sweetheart. A Slytherin masquerading as a Hufflepuff. A snek.

I know that’s a lot of context, but it’s relevant to “Look What You Made Me Do”’s reactionary nature. Swift, at 27 and 5 years into her reign as a pop megastar, was going to naturally outgrow her “who, me?” persona right about now, but the “Famous” debacle pushed her closer to outright villainy. And, okay, this might be selfish on my part, but I wanted that, especially once Swift started posting “I watch Twin Peaks, too, you guys” snake teasers. I was ready for her to cut the shit, throw out the scrappy lil underdog thing, and embrace her status as pop’s calculating empress. Look, I got really hyped for PSL 2.

Musically, the song never really gels. It opens with some goffick strings and piano before switching over to big bass for the verses with an overly digitized drum beat. That part doesn’t go anywhere, but the additional synths and stabbing piano on the pre-chorus (“But I got smarter, I got harder in the nick of time”) work nicely, and build some actual “drama, drama” that unfortunately gets blown to hell when “Look What You Made Me Do” fumbles the chorus. Instead of anything vicious, or a killer boast, Swift just intones the song’s name a bunch of times over–shit you not–a Right Said Fred sample. The second chorus adds a jittering drum track, and the final repeat throws some extra noise in, but it’s still too underdeveloped.

The production on “Look What You Made Me Do” has a handful of signifiers like Fergie, Justin Timberlake, and Blackout-era Britney, but the essence of it calls Melodrama strongest to mind. Like Melodrama, “Look What You Made Me Do” wants to push and pull with what you can get away with in pop; they both feature “incorrect songwriting” (Jack “I guess you’re a thing now” Antonoff is involved with both, but Lorde and Swift are obviously the ones in control) with the key difference being that Lorde has a better understanding of how to toy with expectations while still making a cohesive song. Something like “The Louvre” is actively trying to deconstruct pop, but it still totally works as pop, while “Look What You Made Me Do” throws the baby out with the bathwater when it comes to hooks or melody. Again, that chorus lead-up is solid, and the last round of it would be lethal if it was the start of something instead of the end, but this sick beat is too disjointed otherwise. And good luck hearing this on the radio next to “Wild Thoughts” and “That’s What I Like.”

Of course, how “Look What You Made Me Do” sounds is only half of what’s going on here.

If the music of “Look What You Made Me Do” is a mixed bag, the lyrics are just a flatout miss. Big picture, this is not the dramatic reinvention that everything about Reputation (including “LWYMMD” itself!) has screamed. The song’s blunter than “Bad Blood,” but instead of Empress Swift bringing down fire and blood on her enemies…she still sounds aggrieved and puts the blame on the other party who manipulated and is over her. She’s still trying to sound wronged. It’s “We Are Never Ever Getting Back Together” and “Shake It Off” all over again. She wants to be the underdog.

Only here, it doesn’t take. “We Are Never Ever Getting Back Together” sounded righteous because it was a straight shot fired against a former lover who kept playing with Swift’s emotions, and “Shake It Off” was only sort of believable because it dealt in opaque language (lots of “they”s and “the fakers,” and “the haters”) to skirt past the fact 2014 Taylor Swift didn’t have any serious competitors. But “Look What You Made Me Do” relies too much on real life context to successfully cast Swift as the victim of crimes perpetrated by Kimye and Katy Perry. Swift might have come off looking bad at the end of the “Famous” saga, but it’s worth remembering that the whole thing started over a sexist as hell lyric where Kanye–again, super rightly–faced immediate retribution on all sides in a fiasco he still hasn’t recovered from, and the whole beef only got brought back up because Swift got busted. And, this is only tangentially related, but look what you made me do, Swift’s anger at Kanye came from him saying he made her famous, a claim which sounded as dumb in February of 2016 as it does in August of 2017, making it harder to generate sympathy for her. And the idea that Taylor Swift could ever be under Katy Perry’s thumb, even before the slow-mo car crash that is Perry’s Witness cycle, is fucking hysterical.

On a slightly lower level, “Look What You Made Me Do”’s lyrics fail because it falls in some sort of diss track dead zone. It’s too narrow to work as a garden variety shit-talker, but it doesn’t hammer away at the intended targets enough, either. For everything else you can say about Katy Perry’s Swift-disser “Swish Swish,” at least it’s vague enough that it doesn’t rely on you knowing about Perry’s supremely fake beef with Swift to work (and Perry wisely released it as her third single, and not the first). Meanwhile, if “LWYMMD” is about Kanye and Kim, then like…both of these people called you by name. Y’all are past the point of subliminals like lines about “a crooked stage” and a fistful of other haphazard metaphors.

One of my first reactions to “Look What You Made Me Do” is that it is the perfect name for a Drake song. From there, I was reminded of “Back to Back,” Drake’s Grammy nominated (what a time, etc.) diss track against Meek Mill. “Back to Back” is laden with cheap shots and gets a lil gross, but it’s also ruthlessly effective. It has daggers like “Is that a world tour or your girl’s tour?” but what really makes the song brutal is Drake’s bored, taunting delivery. He sounds like a guy who knows that, realistically, he’s punching down, but since you really want to do this, then fine. And he even ends with “Took a break from VIEWS, now it’s back to that.” He knows he’s too busy and too successful to deal with you. And so is Taylor Swift. I suspect she knows that, too, and I hope that she tells us as much on Reputation. She’s been a pop star, now we’re ready for a monster.

I enjoy music and music culture; I hope you do, too.
View all posts by bgibs122 →
This entry was posted in Radio Rants, Uncategorized and tagged Look What You Made Me Do, music, pop, radio rant, Reputation, review, song, Taylor Swift. Bookmark the permalink.