Hello and welcome to Radio Rants, let’s tune up for today. 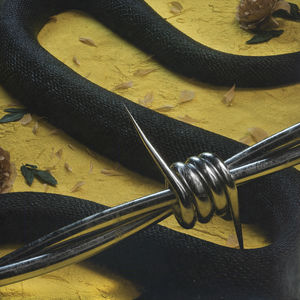 There were big moves a few weeks ago on the Hot 100. The lead story was Cardi B’s “Bodak Yellow” overtaking Taylor Swift’s “Look What You Made Me Do” at the top position, a move that has been celebrated for reasons ranging from historical (Cardi is the first female rapper in 19 years, or 3 Batman actors, to have her own #1) to the mundane (“Bodak Yellow” is a legitimately good song, while “LWYMMD” is debatably Swift’s worst single to date).

But in addition to “Bodak Yellow”’s ascension, I noticed that “LWYMMD” not only fell from number one, but slid to number 3 behind “rockstar” by Post Malone and featuring 21 Savage. The rise of “Bodak” makes sense: the song’s trended upward all summer, and fans made a concerted effort in September to get it to number 1 (this video of Janet Jackson dancing to it probably helped). Between that push and “LWYMMD”’s apparent lack of legs, the “Bodak” come up was only a matter of time. “Rockstar” debuting at no. 2, though? That’s a surprise. For one, it’s higher than Post or 21 have gotten before, and for two…this is what did it?

There’s a quote out there about how 80% of success is showing up, and I can’t think of anyone in 2017’s pop scene who embodies that philosophy more than Post Malone. Malone’s career started with “White Iverson” in August of 2015, and he’s only risen since then; his debut Stony late last year has gone platinum, and “Congratulations” was a summer hit. If you really wanted to, you could have The White Rapper conversation around him, but frankly, Malone isn’t interesting enough as a rapper to merit it. His bars rely on boilerplate wordplay and a liberal application of slang ad-libs, feeling more like topical placeholders than actual verses, and mechanically, he’s stronger using a digitized, Bieber-esque vocal style that etches out little melodies than he ever is with a flow. In spirit, Malone is closest to Jack Johnson or Dave Matthews Band: vibesy chill-meisters whose music considers it hard times when no one can find a lighter or a bottle opener.

I wouldn’t trust him for a whole album, but Malone’s traits–his musical evanescence, his nondescript presence behind the mic, and his overall affability–are probably what make him a streaming monster. He’s the kind of guy whose songs you can just let play, and probably sound better the less attention you apply directly to them. He’s a conceptual lightweight, which likely plays a big role in him doing better with pop audiences than rap ones; his rapping is the least interesting thing about him (among the most interesting: his appearance, which is like a PG-13 version of James Franco from Spring Breakers mixed with a gerbil).

And so we come to “rockstar,” Post’s newest single, and biggest hit. There’s not much to it. It’s not that I need (or hell, want) my pop to be context-dependent or meditative, but all “rockstar” does is mutter and warble its way through a bunch of rock shit that’s been done since The Black Album; if Malone’s previous output had all the depth of a Biggie poster hanging in a dorm room, then all “rockstar” does is tape a Jim Morrison one next to it. Like, for fuck’s sake, Nickelback was more inventive with the same subject matter–that’s how you know it’s time to try something else.

Then again, “try something else” seems antithetical to the Post Malone experience. “Rockstar” finds him in the same “watery synth opening, unhurried pop-trap chorus, mild verses” musical lane as “White Iverson” or “Congratulations” that’s sounded familiar to the general public since at least “The Hills,” and its effectiveness has more to do with familiarity than anything Malone or producer Tank God brings to the table. The beat itself lacks character; even after a bunch of listens, my brain still auto-reroutes to “Congratulations,” which was a little more plodding than “rockstar” but featured a hint of triumph, whereas “rockstar” doesn’t really have a mood. Even if his third hit is still technically fine, law of diminishing returns is going to kick in real quick.

“Rockstar” isn’t doing anything lyrically spectacular, either. For everything else you could say about Nickelback’s “Rockstar”–it’s like if week-old Chili’s leftovers were a song–it at least had an inkling of an idea that the “rock star” archetype was tired enough to poke fun at. Meanwhile, Post Malone plays it entirely straight, meaning that one of our rising stars of 2017 is officially getting outplayed by the dumbest band of the 21st century. You’d think that someone with Malone’s multi-genre past would bring something interesting to a song called “rockstar,” but the song’s just a bunch of moldy boasts chained to what I assume are the most easily researchable rock nods on Spotify. Malone has a line about coming “back in black,” so here’s a Bon Scott shoutout! Hey, Jim Morrison was a rock star, so let’s crowbar a line about how to “light a fire like I’m Morrison” (even though, and yes this is pedantic, but c’mon this shit is entry-level, the song is “Light My Fire”). Those two lines aside, the rest of the song is about fuckin’ hoes, popping pills, smoking, having shooters on every block, and a bunch of other average rap shit; you could argue that this is a sign of how rappers have supplanted rockers as “rock stars,” but you wouldn’t be saying anything new. Neither is Malone.

It’s easiest to see what makes “rockstar” so anemic by putting it next to what’s blocking it from number one: “Bodak Yellow.” Both songs are essentially boast tracks, but no matter what you think of “Bodak,” you can’t deny that Cardi B has serious charisma and flow; you listen to her rap about how great she is, and it’s like, “You know what? I’m convinced. You make ‘Mooooney mooooove.’” You listen to “rock star” after that, and it sounds like Post Malone and 21 Savage are just kind of there, trying to embellish on a cliché that hasn’t been reinvented since Axl Rose. “Rockstar” says nothing while sounding nice and borrowing other people’s essence, and for that, it’s as good a distillation of Post Malone as any. He’s showing up, but he’s doing it with 80% of a song.

I enjoy music and music culture; I hope you do, too.
View all posts by bgibs122 →
This entry was posted in Radio Rants and tagged 21 savage, pop, Post Malone, radio, rant, rap, rockstar, song. Bookmark the permalink.