Hello, and welcome to Radio Rants. Oh no. 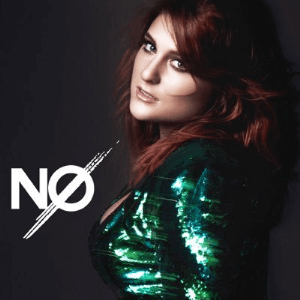 I’ve never been adept at picking who’ll have a long career or not, but I did not expect that Meghan Trainor would become such a Thing so quickly. Lorde, Charli XCX, and Carly Rae Jepsen didn’t latch onto the charts after their initial impacts, but square-as-hell Meghan Trainor has a top 10 hit off her second album already. To understand how she’s done so well, you almost have to look at Trainor’s music last, because her strongest talent isn’t her pen or her voice: it’s her sense of timing. She fired off the Title EP just as “All About That Bass” really hit its stride, and that momentum dovetailed into the January 2015 release of her debut album, and she spent most of last year as a constant presence. And, as a young, loosely classicist songwriter who sells quite well in broad demographics, she has a lot of backing in the music industry, culminating in a Best New Artist win at this year’s Grammys (#JusticeForCourtney). I thought “All About That Bass” was a viral one-off, but Trainor’s so far proven to be a capable careerist.

But oh, to have the career built on stronger material. You could square “All About That Bass” away under “catchy and well-meaning, if flawed” but she somehow seemed to falter with every new single. “Lips Are Movin'” and “Like I’m Gonna Lose You” were filler at best, and “Dear Future Husband” actually caused me to walk back the nice things I’d said about her before. Evening setting aside the “yikes” content of something like “Dear Future Husband,” her songs were unsatisfying once you figured out she was playing a musical shell game with doo-wop, R&B, and girl group era soul; all fun elements, but they made for an incredibly narrow sonic pallet. She was going to have to do something different for Album 2.

And “NO” is absolutely different. Is it better? Well…that’s where it gets complicated.

See, the first thing that “NO” and Trainor’s new style remind me of are Mumford & Sons as a case study in how to not evolve well. Last year, (in)famous be-vested folkies Mumford & Sons divested from their vests and banjos for Wilder Mind, and picked up electric guitars and leather jackets. That album didn’t do well. That album didn’t take off because, well, the songs weren’t very good, but also because Mumford & Sons replaced the sort of generic thing they made theirs (old timey folk band) with an infinitely more generic thing without a shred of identity (Imagine Dragons, but lamer). Trainor’s done something similar here: you didn’t have to like her loosely vintage, #TargetStyle aesthetic (I mostly didn’t), but at least it worked for her better than the generic pop star look she now has for her generic pop song. Because like Wilder Mind‘s lead single “Believe”, “NO” does not inspire confidence in Thank You.

Which feels weird because on its face, “NO” should solve all of Trainor’s problems: its sound exists entirely outside “All About That Bass,” and has a winning message. But it’s just not a good song. Trainor has a good voice; I don’t know why she keeps insisting on doing this weird, ineffectual rap that sounds like the corniest thing imaginable. And, if she wanted to keep that voice to the verses like she has in the past, then fine, but on the chorus for “NO,” she sounds like she’s powering through a bad Drake impression while she has the flu. I’d call it a momentum killer, but the first time you hear it in the song is after the a capella intro and clumsy beat drop; there’s not even enough time to gather momentum first.

Yes, you read that right: there’s a beat drop because Meghan Trainor has officially left the sounds of the 1950s and 1960s for those of the late 90s and early 2000s. Musically, “NO” is almost irritatingly percussion-heavy: one repetitive beat pattern anchors the whole thing, and its synths seem designed beat to you over the head more than anything else. “NO” gets its 90’s teen pop flavor from leaning heavily on that loud, descending piano riff ‘N Sync loved so much, and in the way Trainor’s vocals are layered here: I don’t think I’ve ever heard someone so desperately wanting to be all 3 members of Destiny’s Child at once. This in itself isn’t a wrong decision (who among us wouldn’t want to be Beyonce?), but Trainor flat-out doesn’t have the charisma or sneer to pull it off. The beat overall is fine, I guess for what it is, but you can tell it was made by a man who unironically calls himself Wallpaper.

There’s not much to gripe about with “NO”‘s message, though. The world can always use a song whose entire premise is telling a dude to fuck off. Honestly, my favorite part of the whole song (low bar, but still) might be just imagining some basic bro getting completely shut down for trying to be slick here. Trainor runs through enough common pick up lines (“What’s your name/number/sign?”, “You’re beautiful”, “You’re not like other girls”, “Do you want to dance?”) that I have to believe she’s heard all of these before. There are still a few stumbles in the lyrics–Meghan Trainor singing “It’s [men] never my priority” is like Bruno Mars’ singing that he’s never tried to woo a woman–but still, solid message.

That’s the only definitive nice thing I can say about “NO” though. The first time I heard it, I thought it’d stay in the top 20 or so and stall out around number 8, but as of writing this, the song’s on an upward trajectory at number 3, and has a chance at being number 1. There’s nothing truly hate-worthy about “NO”, but there’s not much there to like, either; it passes in one ear and out the other both less pleasantly and less irritatingly than Trainor’s previous work. If you like it, great, but is this my thing? Nah. I’m gonna let it go.

I enjoy music and music culture; I hope you do, too.
View all posts by bgibs122 →
This entry was posted in Radio Rants and tagged Meghan Trainor, music, NO, pop, rant, review, song, Thank You. Bookmark the permalink.