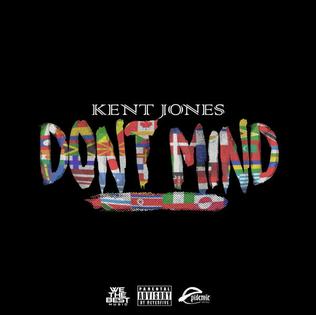 Based on recent charts, our options right now are dancehall, EDM, or Rihanna. And while I like those 3, there’s only so many times I can say “EDM go boom, dancehall nice, yay ‘Needed Me’.” It just gets redundant, and this most recent crop flattens even the most discernible features. I know we’re smack dab in the middle of pop’s “sunshine and bangers” season, but these songs run together: even “Work From Home” and twenty one pilots’ newest crossover don’t veer too far from “EDM” or “dancehall” tendencies (or Rihanna, in Fifth Harmony’s case). The only outliers are JT’s warmed over Michael Jackson knock-off/The 20/20 Experience apology letter and “Don’t Mind” by newcomer Kent Jones. Who is Kent Jones?

Let me answer that question with another question: do you remember back in December when DJ Khaled realized he had honest to God clout on Snapchat, and used said clout to promote a guy by playing the same damn song in each of his Snaps for like, a month?  I don’t either, because I don’t follow him, but apparently this happened. Kent Jones was That Guy; “Don’t Mind” was That Song. Jones got signed by Khaled last year, and he released a little-hyped mixtape last summer, so don’t feel out of the loop if “Don’t Mind” is your first time hearing him. Jones is billed as a producer, songwriter, and rapper, but he hasn’t appeared on anything outside his tape (which scans as SremmLife if SremmLife didn’t know how to throw a party, which yikes), so we’ll see where he goes.

Relentless Snapchat hounding or not, I get why “Don’t Mind” caught on, albeit not for good reason. You could tell me “Don’t Mind” came out any time in the last 8 or 9 years, and I’d believe you–not because it has a “timeless” quality to it, but because it has no quality to it. “Don’t Mind” is radio filler in its most pedestrian, most mindless form. It’s not necessarily a bad song, but good luck calling it a good one, either; this is track 37 or 38 that makes the top 40 because it sounds fine and spaces out the Rihanna singles. The same umbrella that houses quasi-tolerable, completely forgotten mediocrity like “Replay” and “Drank In My Cup” has a spot all picked out for “Don’t Mind.” There’s something to be said about succeeding on broad appeal alone, but there’s so little here to make this success look like anything but a fluke.

The one interesting musical idea to “Don’t Mind” is that dreamy piano that floats over the chorus and sounds appropriately cutesy. The rest of the production’s elements–that “Hip-Hop Beat 2” preset snare and the squelching, “Fancy”-biting synth–sound entirely like they were made in 5 minutes with the trial version of a beat-maker. The song’s beat has so much in common with chintzy dance tracks like “Crank That” or “Watch Me” that I wondered if “Don’t Mind” had a dance gimmick of its own. Answer: sort of! I looked it up, and there’s the “Don’t Mind Challenge”, which is (was?) a big thing on an app called musical.ly, which is the new cool teen app, which I hadn’t heard about until I went to research why “dont mind challenge” was on YouTube’s autocomplete, which made me feel really old once I found out where this all went. Maybe I’m thinking too hard.

We know Kent Jones wasn’t. Jones has gone on record saying that “Don’t Mind” is “pretty much all freestyle”, and looking at these lyrics, that seems less like a boast and more like deniability. The thrust of the song is that Jones is game to have sex with any woman, regardless of what language she speaks, and–huh, that sounds desperate out loud. Actually, lots of these lyrics fall apart on paper, like “She gives me desktop ’til I overload”, “I gave her the can in Kansas”, or “OKC, I forgot we met in Oklahoma” (fill in your own Kevin Durant joke here). The writing can’t cover the flimsyass and tired premise, especially when there are so many aggressively heterosexual odes to women of varying ethnicities and languages already. To wit:

Ludacris – “Pimpin’ All Over the World” (2005): Ludacris is probably one of the only rappers who can sell this shit straight, and oh my God does it work here. He compliments his girl on her outfit coordination. He honestly gets thrilled to take her places. He sounds like his life was legit changed for the better when he discovered that Canada has “Some beautiful hoes.” This might be the most mid-2000s song ever–a Ludacris single called “Pimpin’ All Over the World” that includes a minute and a half long Katt Williams skit–and it is way better than “Don’t Mind” (“Area Codes” could fit here for the intra-national category).

But “BedRock” is head and shoulders above “Don’t Mind” in terms of “rap crew hangs at a house” music videos. “Don’t Mind” has two slightly awkward moments around the same uncoordinated woman. Meanwhile, have you seen the video for “BedRock” lately? It’s a regular rap video on the surface, but there’s so much randomass, nonsensical shit happening in the background that I kind of love it! The Young Money affiliates who scamp about like unruly children. The way the pool deck scenes cut from day to night without rhyme or reason. Millz spending most of the video in a British telephone booth that just chills in the living room. Drake in that robe and carrying around a newspaper and coffee cup like he’s in Young Money’s Leave It to Beaver. A random watergun fight. Drake and Nicki’s “Hey! Stop taking so long in there!” bit with the bathroom. The love affair between Tyga and that damn camera. This has to have been the pilot for a Young Money sitcom that never happened. But I digress.

Jason DeRulo feat. 2 Chainz – “Talk Dirty” (2013): Jason DeRulo’s the lead artist here, so this should already be halfway to a failure, but then 2 Chaniz comes in with the save. Rhyming “genius” with “penis” and “Her pussy so good I bought her a pet” won’t get you points for being enlightened, but in the category where your former peer caught a W with “My pimping’s in 3D” it’ll get you far enough.

Look, the future’s always in motion. Kent Jones could turn things around and be the next Pharrell for all we know, but “Don’t Mind” doesn’t hint at that possibility. Unlike other recent pop-rap gatecrashers, he lacks Fetty Wap’s sense of self, and Desiigner’s gusto: the latter at least had the good sense to imitate someone hot at the top of their game. Meanwhile, Kent Jones has me out here thinking of novelties half his age and older. I guess I don’t mind it, and while that’s part of the intent, it’s also part of the problem.

I enjoy music and music culture; I hope you do, too.
View all posts by bgibs122 →
This entry was posted in Radio Rants and tagged Don't Mind, hip-hop, Kent Jones, pop song, rant, rap, review. Bookmark the permalink.