Hello, and welcome to Radio Rants. We’ve got an odd one today. 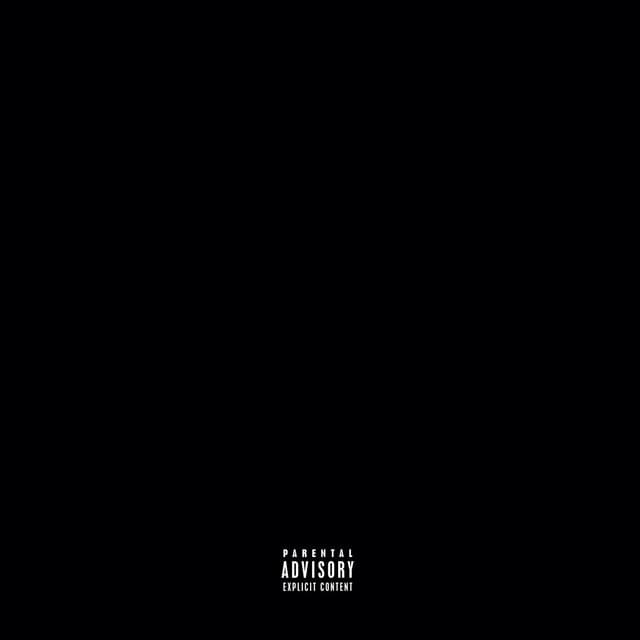 Imagine an artist who you swore had a “Kick Me” sign taped to their back since the first time they ever hit “Record.” Imagine an artist with a name that–even in an time where monikers like “Young Thug” and “Lil Yachty” aren’t career killers–you couldn’t say out loud without wincing before and after saying it. Imagine that this artist had a song whose name you willfully didn’t think about every time you typed it because it looks like the screen name configuration you had to settle on because all the other ones were taken. Imagine that, because the artist has tons of teen fans in spite of, or even because of the whole “Kick Me” thing, this song goes from online one-off to chart buster.

And the song, oh man, imagine if this song sounded like smashing current trends with some of the most noxious music from inside the last 10 years. Imagine if Vessel-era Twenty One Pilots were SoundCloud strivers instead of Fueled By Ramen signees. Imagine if Kid Cudi took his rock cues from the most self-pitying bands of 2007 instead of 1991. Imagine if you got brokeNCYDE to replace its irony with Young Thug. Imagine if you took scenester post-hardcore and convinced it to keep the adolescent melodrama, but to also shotgun 808s & Heartbreak and DS2.

Now, imagine if it somehow worked.

So it is with Lil Uzi Vert’s “XO TOUR Llif3,” a song that should fall flat on its face in like, 6 different ways, but is actually great because of how clunky it is. Lil Uzi Vert (a name a can’t type without sighing a little) has spent the last year or two on the peripheral of rap/Atlanta trap’s version of the youth culture with guys like Lil Yachty and 21 Savage. Honestly, my reaction to him so far has been, “Oh, so that’s what Soula Boy looked like if you weren’t in high school;” that sort of guy where half his thing is angering the Olds so much that they take time out of their daily Illmatic listens to talk about how He’s Everything Wrong With Rap Today because he looks goofy and sounds joyfully amateurish. And also probably terrible. This write off felt warranted after hearing him for the first time on “Bad and Boujee,” where his meme-ably bad verse delineates the exact point where I want the song to be over. He seemed like he had his thing, and it just wasn’t something I got into.

But then out of fucking nowhere came “XO TOUR Llif3” and its attendant “I swear, it’s good tag.” And fuck, it is. The song’s built off this yo-yoing, wiry, synth line that leads a lively but fairly standard deep bass and skittering drums “trap banger” beat. It’s not too far outside what radio adjacent rap is already doing, but whereas most radio rap emphasizes smoothness and beat-riding, “XO TOUR Llif3” is all freewheeling forward motion.

Maybe it’s just trying to look for anything else to compare the dominant trend to, but I keep coming back to how goddamn much this song sounds like pop-punk. Which I know that sounds like a leap, but it totally isn’t. Rap’s never had much to do with pop-punk, but the late ’00s/early ’10s Warped Tour scene, the era of–yikes, Punk Goes ____ comps, scenster swoops, and some of the worst music I’ve ever heard–was pretty big on rap. Not that this resulted in good music, but you listen to [checks Google again] Framing Hanley’s version of “Lollipop,” you listen to “XO TOUR Llif3,” and it’s suddenly pretty easy to imagine that little synth lead coming out of a Les Paul Epiphone and a Marshall halfstack. The verses-chorus mimic pop-punk’s soft-loud dynamic, as well, in a way that screams Warped. Uzi himself sounds more like a pop-punk guy who raps, too; listen to the way he leaps into the AutoTuned chorus around 1:28 like the least self-conscious whiner in hip-hop. It’s tempting to call his second verse Young Thug-esque because he only pronouns half the letters in each word, but it smacks of “screamed bridge” instead of post-verbal raps.

And like, come on, “XO TOUR Llif3” just is a pop-punk song. Even setting aside the musical comparisons for a second, Uzi expresses his angst and melodrama in a flat-footed way that’s far closer to pop-punk than rap. Kanye, Future, and Kid Cudi at their most nakedly emotional and wounded still adhere to rap’s stylistic flourishes and lyrical self-possession, whereas Uzi’s adolescent petulance treats a break-up as life or death in simple lines. Put it this way: none of those guys would have a chorus that rhymes “Cry” with “lied” with “eyes” with “die,” and a hook rhymes “edge” with “dead.” Speaking of, doesn’t “Push me to the edge/All my friends are dead/All my friends are dead/Push me to the edge” sound entirely like it’d fit on something like this?

I think “XO TOUR Llif3” also works because it feels like the song his career has built toward. I listened around to the rest of his stuff after getting won over here, and most of it just doesn’t have the same spark. If you take it for the slurry, neon-tinged spin on trap that it is, it’s fine, but “XO TOUR Llif3” has clarity and focus that just largely isn’t otherwise present (although, as a Scott Pilgrim lifer, I am contractually obligated to love his cover art). His other work is a little too genre-bound, and “XO TOUR Llif3” soars because he breaks the rules. Take a chance on this one, you might think it’s weird at first, but it might be a fever you can’t sweat out.