Somewhere I Belong: on Chester Bennington

Chester Bennington of Linkin Park fame was announced dead this afternoon at the age of 41. His death has been ruled a suicide. 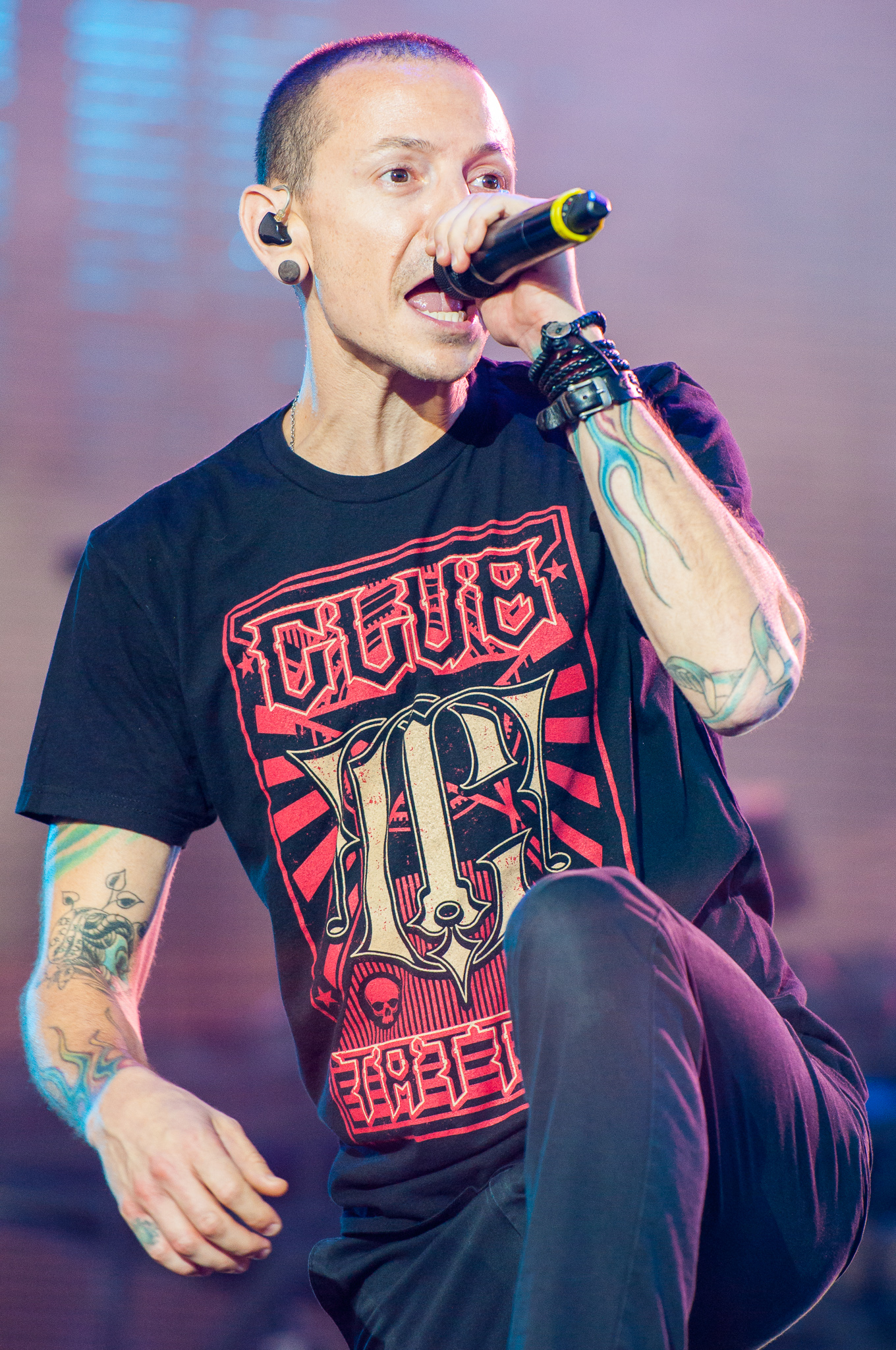 Bennington’s passing is heartbreaking for a number of reasons. He suffered from sexual abuse as a small child. He had a history of drug addiction starting in his teens that would come and go in his adult life. He got beat up in school for being a skinny rail of a kid. More recently, he became good friends with Soundgarden singer Chris Cornell, and sang at Cornell’s memorial when he killed himself this year. Today is Cornell’s 53rd birthday, which Bennington had to be aware of.

Yet, none of Bennington’s past turmoil and hard life were readily apparent in how he presented himself with Linkin Park. I watched a lot of LP tape when I was 14 or so, and when he wasn’t singing the band’s angsty songs, Bennington came across an affable guy. He had a good chemistry with the more bro-y Mike Shinoda (Linkin Park’s rapper/producer), and seemed like maybe someone inclined to be quiet if left to his own devices, but he was sweet. A quick YouTube search pulled up an interview of him on the morning show circuit this February, praising pop stars and wearing a very fine hat and intelligent glasses; he seemed great. And now he’s gone.

So I’m gonna talk about the half a record he sort of made with Jay-Z.

But first, I want to appreciate how Bennington operated in Linkin Park. Like virtually everyone else, I’ve spent the later part of the day spinning throwback LP LPs, and their delivery system is as ingenious as it is obvious. The songs open with either some vaguely techno production or drop-tuned guitar riff, get quiet for sung or rapped verses, Bennington prepares for takeoff with some backing vocals, and then the song fires into a musically broad chorus where Bennington gets sing/scream these massive, arresting, full-body hooks. These choruses are big, as lyrically overwrought as they are musically primal, and they’re where Bennington shines. If he had to hold a note or a scream, he held the fuck out of it without shying away; just listen to how he leaps all the way into “In the End,” which may still be the purest example of Linkin Park in action. And unlike fellow nu-metal bleaters like surfer dude Brendan Boyd or the grunting of Jonathan Davis, Bennington virtually lived in his upper register; dude wasn’t afraid of sounding pretty. That was probably because he knew he could not only out-scream virtually anyone, but he could pivot between the two on a dime without losing a shred of intensity.

Okay, now we can talk about Collision Course, Linkin Park’s semi-infamous mash-up EP with (the then retired) Jay-Z. Collision Course was weird in 2004, and it’s somehow even weirder now. Try to explain to someone today that one of the biggest rappers in the world and one of the biggest rock bands in the world (when this distinction meant something) would not only work each other’s songs into new songs with rerecorded vocals, but an actual music label would release it with the expectation that people would buy it, and you’d get blank stares back. But it worked! I know this because Collision Course debuted at #1 on the Billboard 200, but also because I bought it (I bought the edited version because I was more familiar with Linkin Park, who don’t swear on their records, than Jay-Z, who could buy another company if he emptied his swear jar), and that brown and blue CD lived in my portable player.

I fired Collision Course back up after today’s events out of familiarity, but I heard it almost entirely differently. Collision Course asks more of Bennington than it does Shinoda or Hov himself. The two of them just have to rework the verses of “Papercut” to (almost) fit over the beat to “Big Pimpin” and lay “Encore” over “Numb,” while Bennington has to essentially act as the glue to hold the thing together. He has to keep the touch light on the Jay-Z instrumentals while still going just as hard on the Linkin Park stuff; it requires him to expand his skill set. And, remarkably, he pulls it off. He knows how to double Shinoda’s cadences when he raps over “Dirt Off Your Shoulder,” and how to sound triumphant on the “Encore” part of “Numb/Encore” while letting loose on LP standbys like “Faint.” My favorite song on the project’s always been “Izzo/In the End,” where Bennington’s regulated to backing vocals, but just listen to how bright he sounds behind Jay, or the soaring notes under Shinoda’s verse. He sings like he’s supposed to be there.

More than the technical aspects or the sound, what stays with me about Bennington’s voice, and about him, is that he never sounded unsure. This is why I think people, me included, riffed on Linkin Park’s lyrics; it’s easy to point and laugh at the grandiose nature of “In the End,” “One Step Closer,” or especially “Crawling,” because they articulate their woes in the bluntest, most earnest, possible language. There’s no reflexive, self-referential irony, nor anything constituting a filter. There may not even be an edit button. But he was there, pinched register and all, and he ended up sounding like he belonged there, and so could you. That meant something to me. And I’m sure it meant something to you, too.

I enjoy music and music culture; I hope you do, too.
View all posts by bgibs122 →
This entry was posted in "Thoughts" and tagged Chester Bennington, Linkin Park. Bookmark the permalink.